After 3 years of using my Alienware Area 51, I decided that I want to add dual GPUs, overclocked version.
I went with Aorus GTX 1080ti SLI, the problem was, Area 51 casing doesn’t have enough clearance. So I chose to get a new motherboard so the slots spacing would be slightly different to fit both in. Then, the new motherboard didn’t fit into the case.
Finally I ended up ditching Alienware 51 and assembling a whole new system. 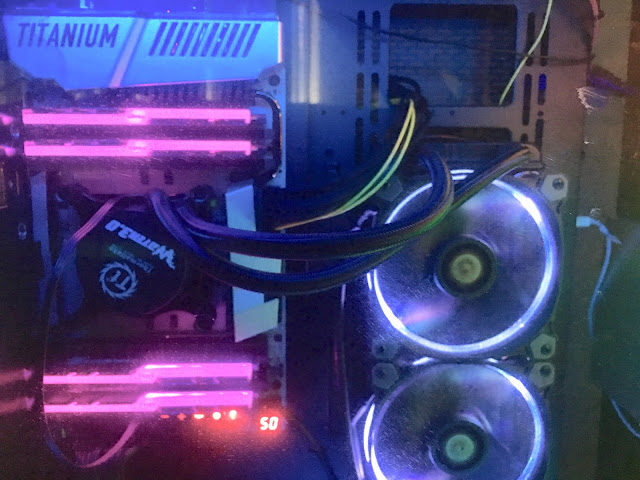 The reason why I chose this specific case is because I liked the way it’s assembled, glass panel at front to showcase the interior and RGB Led. The only negative with this case is, it doesn't have a place for DVD drive. That can be solved by hooking up an external dvd drive using double sided tape....well do we still use DVD's that frequently like in the primitive era?
I only used it once to reinstall windows. 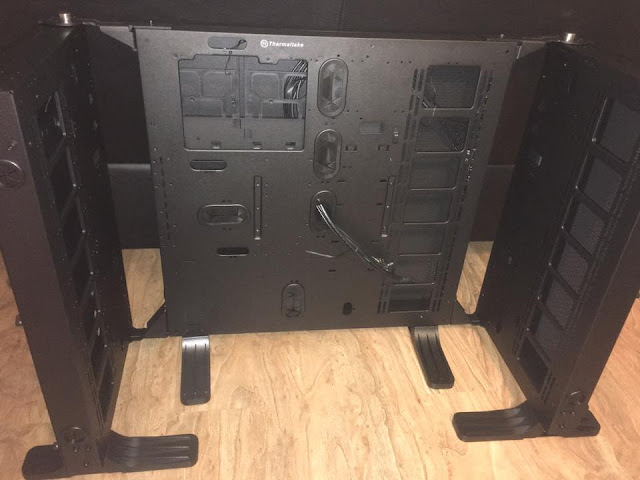 MSI X99S XPOWER GAMING Motherboard. After going through many reviews and found this is optimal for my usage. 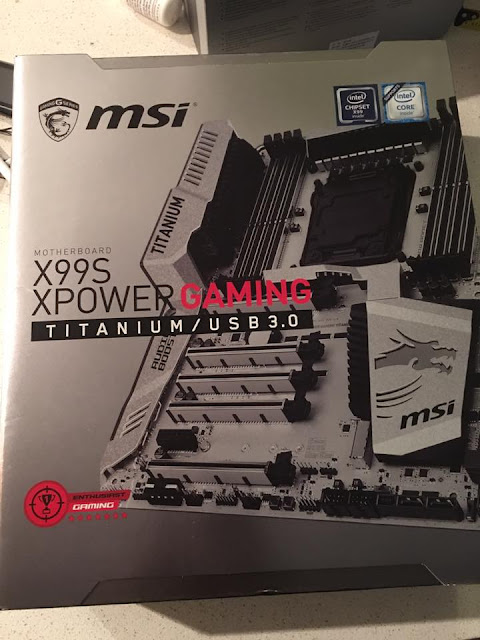 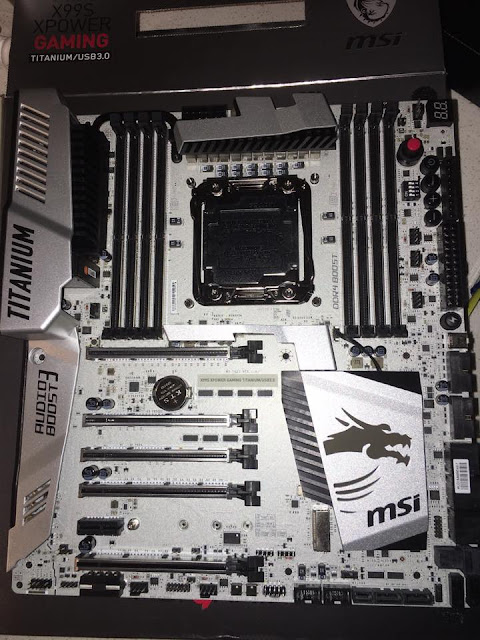 For PSU, I had to buy new one because my old PSU was 1 inch longer than the new case can support. I chose  Silverstone 1500W 80 Pus Gold. CPU cooling, I bought Thermaltake RGB dual Ring fan. 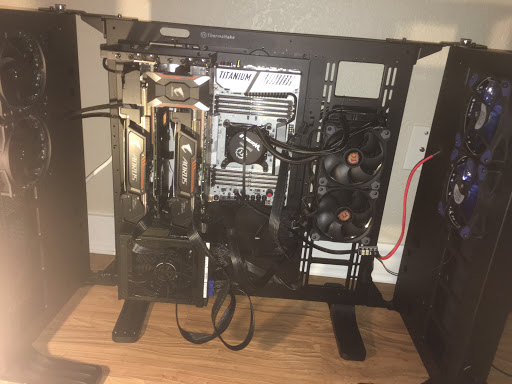 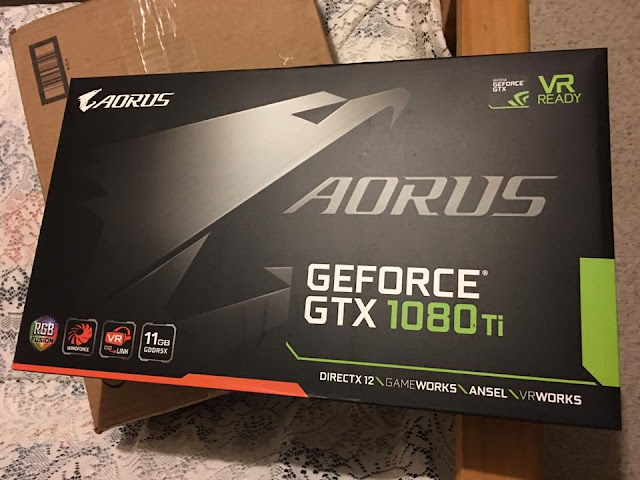 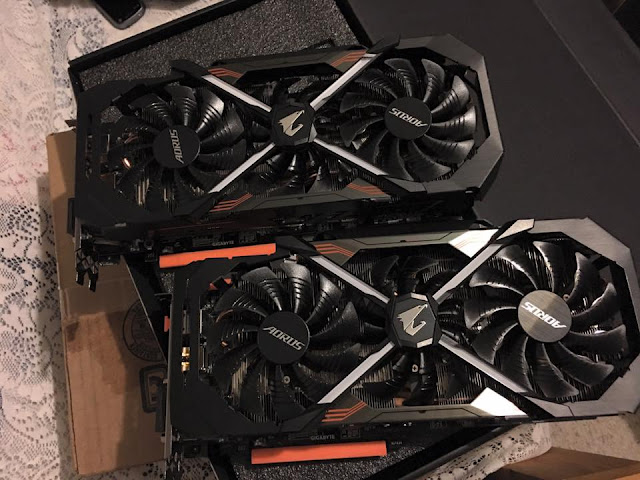 I swaped my old Intel 5960x processor from my old desktop.
I added 4 120mm fans on each sides for cross ventilation. All with LED.

The hard drives, I swapped from my old Alienware. 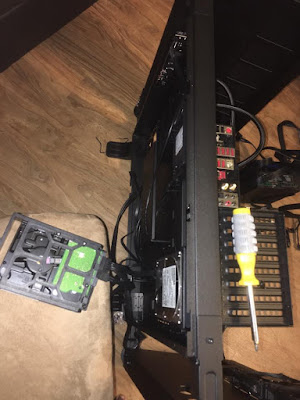 After assembling everything, the biggest fear for me was- WILL IT WORK!! or will it catch FIRE!?

Thats surely RAM stick problem. For me it was the seating. I had to put it every alternative slots.
After that- Yayyy there's visual.

Here I went straight without reinstalling windows. That caused few problems such as-
-Incompatible drivers
-USB devices didn't get recognized.
-No Wifi.

The reason for that is, I had Alienware Area 51 drivers in it and they were making conflict with MSI motherboard.

I had to reinstall Windows with MSI's provided DVD.

Still I got no wifi, even though I connected the wifi module antenna at the back. First it was shorting, means whenever I touch a USB port, the entire system shut down and restarted by itself.
Later I figured out that I over tightened the cable, that cause something to break.
Shorting was solved by removing the antenna connection, I instead bought a wifi USB adapter from Best buy. And wifi works perfectly good.

Another problem I faced was (solved easily) loose power cord to PSU. After the assembly the Mobo showed no power. I just went and tightened every cables and it was back on.

Its my first self assembled gaming PC. I mainly bought this for my 3D graphics rendering. I use Autodesk Maya and Adobe softwares. As for gaming, I play Call Of Duty Infinite Warfare, Don Bradman cricket 17, Ghost Racon, Far Cry Primal and may be couple more I can't remember right out of my mind. I play them in max settings.

Considering the price, the total cost was around $4500 but remember the processor and few hard disks were moved from my older PC.

Here I added some LED stripes and decorated the top with some figurines. This picture below was taken before updating the cable management. Now I have half of them going behind the back panel (with some extensions). 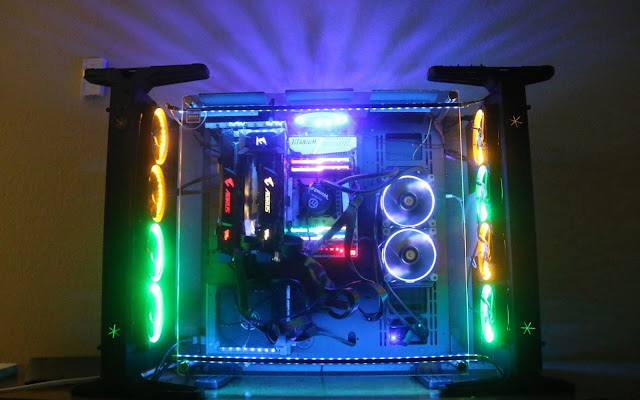 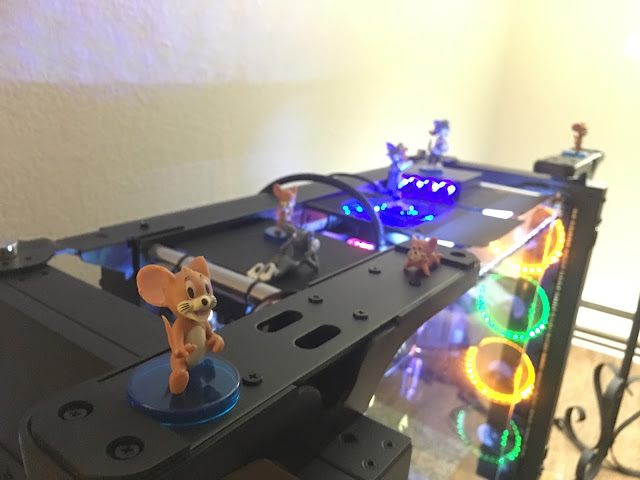 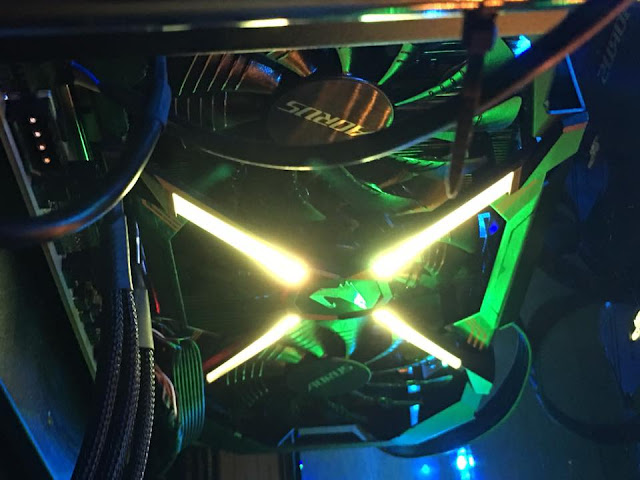 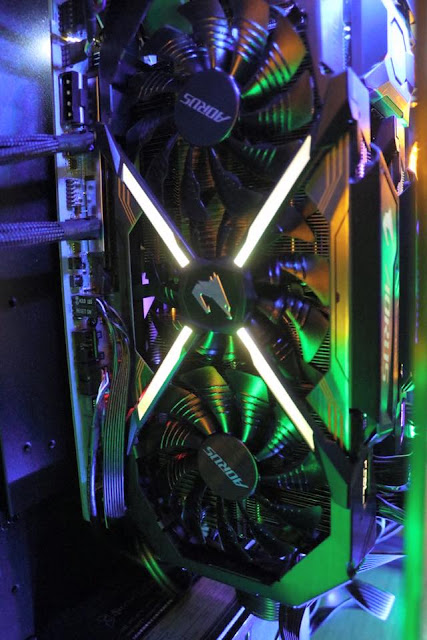 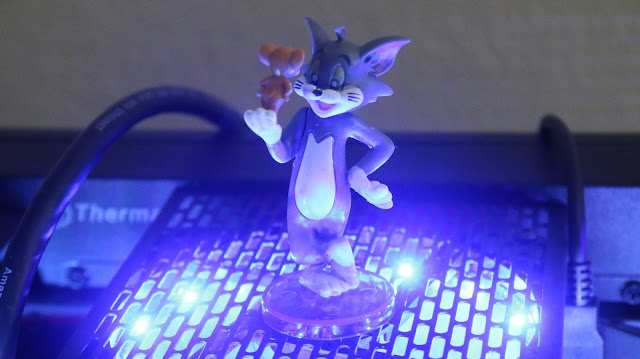 Building Your Own Computer